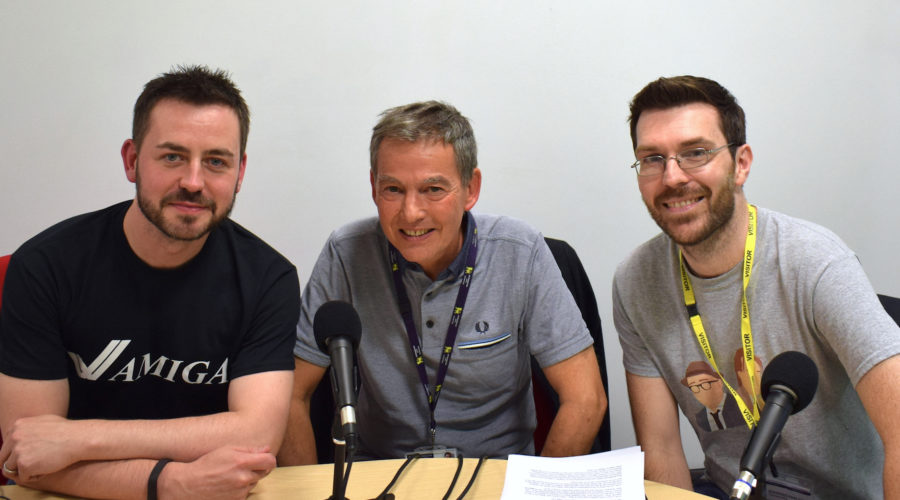 ‘more books have been written about the Beatles than any other of pop music’s icons…Given the sheer volume of published work (which shows no sign of decreasing) it may appear that there is little more that can be usefully said about the group, its career, and its place in popular music history.’

After this, we would expect the author to explain his reasons for contributing to the identified mass of work, which he duly does. Inglis explains that the purpose of his book is to provide an objective and dispassionate approach to the Beatles’ story, which he feels is lacking in previous journalistic accounts and ‘compendium-like’ approaches to their musical output that, he believes, ‘fails to appreciate the broader personal and professional landscapes within which its songs were situated’ (1).

Inglis argues that the book draws from both of the above approaches with the aim of producing ‘a critical evaluation of the career of the Beatles that aspires to be balanced and informative’ (1). The focus of the book therefore is on the presentation of their music in the various contexts within their career, with the hope of establishing ‘the significance of the various personal, geographical, historical, performative and technological contexts within which the Beatles worked and [how]…their responses to the constraints and opportunities they encountered definitively shaped their (live and recorded) musical output’ (2).[1]

Inglis approaches the task with chapters that consider the times and places that formed the backdrop to the lives and career of the Beatles. This includes their stage career, which provides an insight into the nascent world of the pop music performer in the early 1960s and their use of the recording studio. The latter traces the development of recording practices in the 1960s from deference to the ‘experts whose instructions should always be followed’ (73), to the indulgences afforded to the Beatles in their later career, which included unlimited time and money to record. Unsurprisingly, this chapter also charts the Beatles’ relationship with their long-time producer, George Martin.

A further chapter engages with the Beatles’ visual appearance and identity throughout their career, including their transformation, in a visual sense, from rocker leathers to stage suits to psychedelic bandsmen; from boy-next-door mop tops to hirsute hippies or, as noted by Inglis, ‘from uniformity to diversity to separation’ (159). The Beatles’ legacy and legend is considered in the book’s final chapter. This examines the seemingly non-stop Beatles industry that has been in development since their dissolution and a consideration of the factors that have resulted in their enduring appeal.

Two of the lengthiest chapters of the book are reserved for consideration of the Beatles’ recorded output; the first covers the period from 1962 – 1965 while the second deals with 1966 – 1970. Both chapters adopt a chronological approach to critically consider the Beatles’ official UK recordings from the stipulated period. The first of these chapters charts the distance travelled by the Beatles in terms of performance and songwriting; the latter demonstrated by the obvious influence of other songwriters in their early compositions compared to the sophistication evident in tracks such as ‘Can’t Buy Me Love’ which was regarded by George Martin ‘as a significant moment in the Beatles’ career’ (58). The second chapter concentrates on the Beatles engagement with the studio in the ‘post touring’ years and focuses on their willingness to view the studio as ‘a location for formal experimentation,’ the emergence of George Harrison as a song writer, their exploration of drug use evidenced in the songs of this period and, ultimately the compromises made in the Beatles’ recordings as the band started to disintegrate. Not surprisingly, ‘Sgt Pepper’s Lonely Hearts Club Band’ features significantly in this section, but offers little information that wouldn’t already have been collected by the casual Beatles fan.

From the perspective of Vol. 1 Issue 2 of Riffs, the chapter entitled ‘Songwriters’ is the most pertinent. The chapter begins with a reprisal of the manner in which song writing was arranged pre-Beatles i.e. Tin Pan Alley and the Brill Building which were characterised by location and function: ‘…to furnish a steady supply of songs to be reproduced on stage, on screen and on record by distinct cohorts of singers’ (124). This moves onto a consideration of Lennon and McCartney’s early attempts at writing songs perhaps inspired by the ‘American rock ’n’ roll performers they admired’ (ibid). This, the author notes, was in contrast to UK popular singers of the time who relied upon cover versions of US hits or the offerings of professional song writers (ibid). The duos early attempts, in the front room of the McCartney household are rehearsed – a topic that has been widely covered in previous books on the Beatles. The author then discusses the framework of song writing i.e. ideology, working mode, internal dynamics and authorship, noting that ‘the songs and songwriting styles of Lennon and McCartney were distinguished, in form and content, by their rejection of a single set of classifications: instead, they straddled all of these possibilities (126). Their lack of formal musical training is posited as one reason for this.

The author notes that the mutual decision by Lennon and McCartney to expand their song writing from ‘an interesting adjunct’ to ‘a central component of their musical activities’ was the necessity to provide ‘several hours of music nightly in the clubs of Hamburg’ (127). Their close proximity during this time is also advanced as providing impetus to bouts of creativity. The author also puts forward the idea that Lennon and McCartney had eyes to the future, i.e. that their career as a band would be relatively short and song writing could be the basis of a post Beatles career (there is also a clip of McCartney being interviewed in 1963/4 confirming that he and Lennon would continue to develop their song writing). This is evidenced in their early flush of fame by the number of songs they provided for other artists. This activity declined as it became apparent their career would not be as brief as anticipated and their energies were required to meet ‘the enormous demand for its own music’ (128). This culminated in them being recognised as ‘the first authentic British singer-songwriters of the rock ‘n’ roll era’ (129).

Discussion then moves to the subject matter of their songs. It is noted that ‘the overwhelming majority of the album tracks from Please Please Me to Rubber Soul adhered strictly to the tried-and-tested principles of the two or three- minute love song’ (129). However, what set their songs apart was their ability to approach these topics from unusual angles including the use of pronouns (130). This, the author argues, broke the pattern established by rock ‘n’ roll artists of using specific names (e.g. Peggy Sue, Lucille, Maybellene etc.) and allowed listeners ‘to fill in the gaps’ (130). The use of colloquialisms added to this sense of the everyday (ibid). This, however, should not be mistaken for a simplistic approach to lyric writing (although in Lennon’s own words the ‘lyrics didn’t really count’ in the early days (133)). Some of their earlier compositions did feature clever examples of wordplay and use of grammar/syntax (see 131).

It is noted that from 1966 onwards, ‘their commitment to the treatment of love in their songs changed decisively’ (131). This is evidenced by use of a classification of ‘love-styles’ developed by social psychologist John Alan Lee, a typology that contains six separate categories, ‘each of which can be recognised within the Beatles’ compositions’ (see page 132 for a full breakdown). The transition that is evident in the songs pre 1966 and after is, the author argues, as a result of ‘four related factors…: the decision to stop touring, the influence of Bob Dylan, their increased use of drugs, and a growing tendency to question the material basis of their lives as pop stars’ (132).

The idea that in their later career Lennon and McCartney songs were individual creations is questioned by Inglis. He asserts that the two ‘continued to rely on each other for suggestions, advice and contributions’ (140). The song writing ambitions of George Harrison are also briefly examined but go no further than the well-reported difficulties he experienced in getting his songs onto Beatles albums and the resulting resentment this created.

So relevant to Vol. 1 Issue 2 was this particularly chapter, that guest editor Simon Barber agreed to record a conversation with me and his Sodajerker colleague Brian O’Connor and make it available as a podcast. You can hear it here:

If you’re not familiar with Sodajerker, you should acquaint yourselves with them immediately. As well as operating as a songwriting team, Simon and Brian are responsible for the very wonderful ‘Sodajerker on Songwriting’ series of podcasts that has been running since 2011, in which they chat to eminent songwriters about, well, songwriting. The duo has now produced over 100 episodes and guests to date include Paul Simon, Lamont Dozier, K T Tunstall, Joan Armatrading, Neil Finn, Alicia Keys and, of course, Dan Wilson. If you’re interested in songwriting or songwriters, you should make a point of checking the series out. The podcasts can be found here: https://www.sodajerker.com/podcast/

Does the world need any more books about the Beatles? As a fan, I am always excited to learn about a new publication although I recognise that the point of saturation has perhaps long been exceeded. This is by no means a criticism of this book. Indeed, The Beatles does exactly what it says on the tin. It strips away much of the myth and legend surrounding the band and concentrates on their musical output and as such, it will be of value to those who want to access this facet of the Beatles’ career. However, there is little here that will be new to the hardened Beatle scholar. Having said that, there are nuggets to be found: a sentence about the band agreeing to week-long engagements at British seaside resorts in their early touring years, for example, prompts thoughts of how their career might have developed along quite a different path!

So yes – the world needs more books about the Beatles: bring ‘em on!

[1] Prospective readers should note that the book is part of the ‘Icons of Pop Music’ series, which is ‘designed for undergraduates and the general reader’. The series, which includes books about Nina Simone, Bob Dylan and the Velvet Underground, aims to ‘offer a critical profile of a key figure or group in twentieth-century pop music [and]…focus on the work rather on biography, and emphasize critical interpretation’. See: https://www.equinoxpub.com/home/icons-of-pop-music/