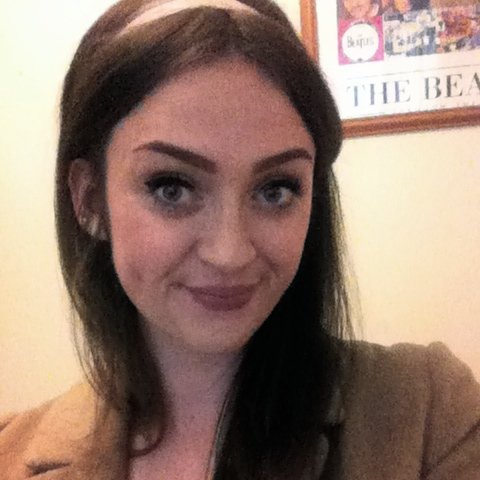 This piece examines the combination of words and music and the visceral effect and tangible quality of language itself. In order to bring the felt attributes of words that Mary Oliver describes to the forefront, it is based on my own research on riot grrrl. It focuses on the way in which the somewhat textual traditions of riot grrrl- their music and lyrics, body writing and zine making, brought the feelings of young women to life. It was the marginal language of their experiences that, in part, activated an alternative and distinctive sound. This echoed the anger and alienation felt by riot grrrls, goaded by a consumer culture they felt existed to silence them and indeed, ‘write them out’. A principal objective of the riot grrrl community was to create an autonomous female identity that stood outside the inscribed confines of domestic, patriarchal and consumer institutions. This piece is therefore centred on two contrasting scenes, one denoting the private space of a girl’s bedroom, and the other revealing a contrastingly public but similarly girl-orientated space of a riot grrrl gig. With this, it brings to light the two contrasting narratives of riot grrrl- the fight against the domestic confinement of young women, and the creation of subversive spaces that housed alternative forms of female self-expression, constructed by the motivating effects of words and sound. To build on female expression within these new spaces, riot grrrls borrowed from the do-it-yourself (DIY) tradition of punk. At the forefront of this piece is an interpretation of ‘D.I.Y’ and the way that its construction substantiates the growth of an independent grrrl identity and how the connotation it carries  is one of autonomy. Riot grrrl also encouraged young women to use this DIY objective to regain control of their bodies. This is duly noted in the twisting of the word ‘grrrl’, as it is distorted from its original meaning and brings an aggressive quality that worked to separate the young women from the idealised narratives of girlhood. Body writing is another example of way that riot grrrl encouraged a crude corporeal reaction to language, transforming the body into a textual space for creation and expression. The piece plays on this bodily response to sound, its permissions and its limitations, interoperating Oliver’s quote through a first person narrative. This is in order to reveal how the words and sound of riot grrrl, housed in a do-it-yourself attitude, create songs of the self.