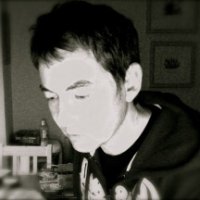 I can still remember it clearly: my brother’s red 1960s Garrard record player, with a unique smell that only electrical appliances from that era possessed. On the turntable a CBS LP, identifiable by its distinctive orange label, rotating at 33 1⁄3 rpm. The album? Highway 61 Revisited by Bob Dylan. The needle descended onto the opening track and the snap of a snare drum signaled the beginning of an enduring musical relationship. That was nineteen seventy something; the album was recorded in 1965. It’s now 2017 and Mr. Dylan refuses to go quietly.

Bob Dylan: musician, poet, enigma and recipient of the 2016 Nobel Prize for literature. The what? Oh, yes! Not his first award, but probably his most controversial. The announcement of his Nobel resulted in lively debate between Dylan lovers (Bobcats) and others who argued that although he might qualify to be honored as a musician, this award was not justified on the basis that his work cannot be considered as literature. Those who leapt to his defence argued that the boundaries of literature needed to be pushed and Dylan’s award represented a healthy shove. Many of these testimonies however, were laced with the scent of personal admiration and nostalgia.

Interesting stuff: what can we read into it? That literature buffs were pissed off that a dude from the wrong side of the cultural tracks had swiped the award? That there are a lot of ageing hippies in positions that allow them to influence these processes? That musicians from the 1960s continue to loom large over contemporary popular music? All these things and more…?

I wish I still had that red Garrard: vinyl’s making a comeback you know.