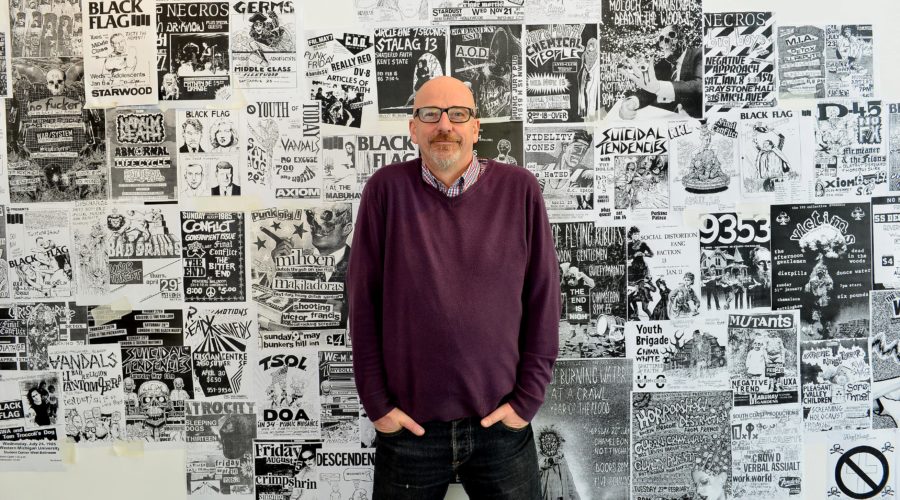 Drawing on my own personal memories of being involved in the British punk/anarcho-punk scene in the UK, in the late seventies and early eighties, my written piece explores the nature of friendship, loss and re-connection. Inspired by a provocation set at Write Club , the  BCMCR Popular Music Research  writing group, I revisited an exciting but also sad part of my anarcho-punk years that I had long buried for a number of personal reasons. However that re-connection has been cathartic and uplifting and life-affirming as a result.  The piece is has a duality about it; two seemingly distinctive pieces of writing that are co-joined over time through the music genre of grindcore. It has been suggested that grindcore, as a genre, emerged from the fracturing anarcho-punk scene of the mid 1980’s, with Napalm Death being widely credited as its originators and pioneers. Blending elements of anarcho/hardcore/crust punk , thrash and extreme metal, grindcore’s sound  is best characterised by its high-speed tempo, down-tuned, grinding, distorted guitars, bone-crushing overdriven bass and growling vocals that seem to emanate from the very depths of the soul.   In its early year’s grindcore continued the political agenda of the anarcho-punk movement by penning lyrics that dealt with issues such as globalization, state control and oppression, animal rights and nuclear destruction.  However since its early  inception grindcore’s sound has developed and mutated into a number of micro-genres and forms and its lyrical themes have broadened, to cover subject matter such as gore and pornography, yet its break neck speed of delivery alongside visceral vocals has remained constant.