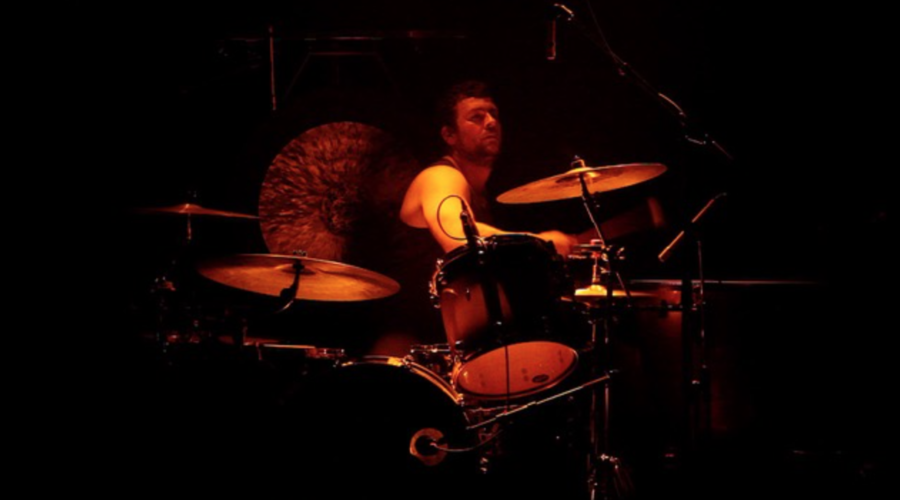 For a response to this brief I have composed this short work with three parts. Rather than exploring and extrapolating on the lyrical intent of the text. This work examines the rhythmic properties of the text in both its original (and perhaps intended) form of spoken text, and when treated using various digital production techniques.

The drumset performed in Parts 1 & 2 is a single take, the rationale behind this is that the piece is for improvised drumset, meaning that although I tried to provide structure where necessary (e.g. playing consistent time at 04:15), the Part can be as expressive as possible, and, for the majority of the work, is reacting to the vocal parts rather than presenting as a more congruent element.

The first part explores a mimetic relationship between innate rhythms occurring in certain lines of the poem and improvised drumset, and uses performance methods such as melodic imitation and metric super-imposition. Part 1 is the most dynamic of the three in that the instrumentation is sparse, and I tried to explore a broad spectrum of levels of intensity by utilizing specific parts of the text and exploring the different frequencies available on the drumset e.g. cymbal washes and (at times) frenetic kick drum parts.

The second Part explores creating rhythmic and harmonic foundation by producing more straightforward cohesion between the text and other instrumentation. It has two clear sections­—distinguished by two main chord sequences­—with the second being perhaps the climax of the whole work

The third Part incorporates the isolated and digitally altered inflections, formants and non-melodic elements of the spoken text to create a rhythmic foundation through the use of the Sampler midi tool in Ableton Live. Using this method I effectively switched the roles of the spoken text and the accompanying instrumentation.

We are looking for new committee members 2022/23! 🗣️Getting involved is a great way to get connected in Music research and to boost professional skills. Planned activities include a conference, a new podcast series, webinars, and more. Info below >> @Midlands4Cities @ahrcpress

What's a great that has a real person in the lyrics of the song?

We’re hiring! There’s an opening on our team for a new Audio & Music Editor I. This is a great opportunity to take on commissioning for a list spanning both academic and professional titles. Remote work available; open to applicants in the UK or US—both listings linked below.