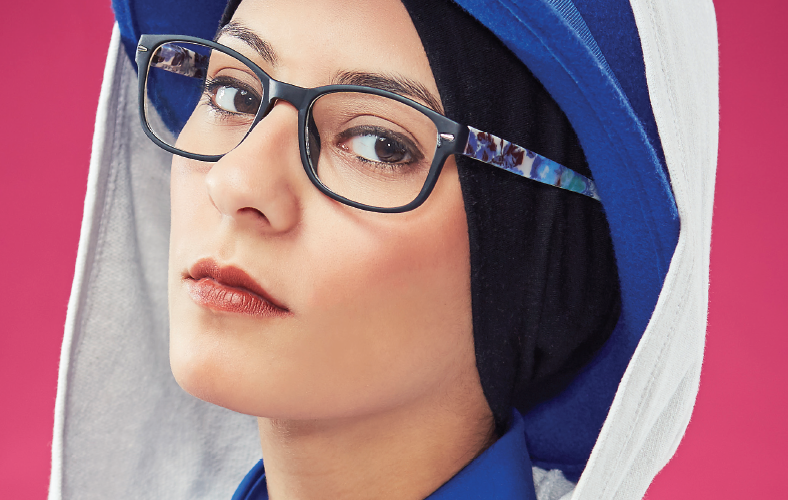 “While studying Media and Communication at Birmingham City University from 2005/2008, one of my mini goals after I graduated, was to be in a position to shoot the front cover of a music magazine. Although I’ve assisted other photographers on cover shoots for NME and Q, and although the Riff’s journal is not currently on wider national release, I’m considering my cover shoot with them a goal achieved. Thank you to the Riffs team for inviting me to shoot Anna for the cover.

Over the last few years I have been working on Brum Creatives, a personal project focusing on creative professionals from Birmingham. These include a variety of Brummie musicians; Selwyn Brown of Steel Pulse, The Beat’s Ranking Roger, Pop Will Eat Itself and Bentley Rhythm Ace’s Richard March, UB40’s Brian Travers, Neil Jones of Stone Foundation and younger generation talent in Call Me Unique and Xhosa Cole. Other sitters include, Comedians Joe Lycett and Jasper Carrott, Peaky Blinders creator Steven Knight and Michelin Chef, Glyn Purnell.

Working on Brum Creatives is highly enjoyable. Not only do I get to shoot an endless stream of interesting local talent but I’m also gaining access to some amazing locations whilst building a body of work that I’m incredibly proud of.”

You can read/view Ian’s photo essay below

"New sounds are appearing faster than at any time in history but they are also changing and disappearing faster than ever before."
More coverage of the Obsolete Sounds project coming through all over the world this week 📰
https://news.yahoo.com/art-noise-uk-project-aims-034929959.html

Next month we publish the story of how record companies gained ownership of sound recording rights & examines the consequences of this ownership for musical creation.

Out today! The world's biggest collection of obsolete and disappearing sounds, from VHS, video games and modems to cultural traditions, industrial practices and endangered natural sounds. This is Obsolete Sounds 📼 🎧

Dancing to the Drum Machine is the untold story of drum machines, from their primitive beginnings to their 80s dominance, to the ways they’re still changing music today.

OUT NOW from @danleroy (and featuring a foreword by Nick Rhodes of @duranduran!): https://bit.ly/3NEf8kd